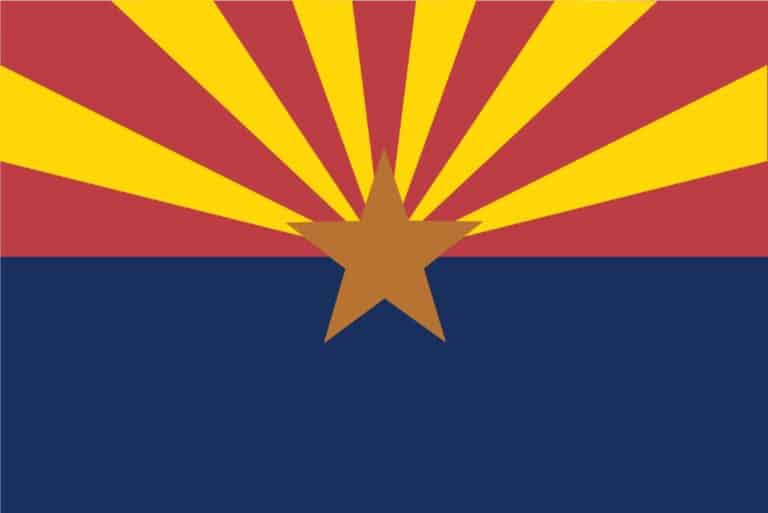 If you must use lethal force in self-defense, it is imperative that the law is on your side, and more than that, that you know it.

In some states, what should be open and shut, clear-cut cases of self-defense can be turned into legal circuses for the beleaguered defender who will have every action that they took, or did not take, reviewed again and again and again in a courtroom. The whole time, their life will be hanging in the balance.

Luckily, some states stand firmly on the side of the good guys and good gals with strong laws that support defenders when they are forced to act in the gravest extreme.

Perhaps nowhere is more sacrosanct to the average citizen than our own homes, and that is why castle doctrine laws are so important.

Arizona is a state with some of the best laws of its kind in the nation, and today we will tell you everything you need to know about their castle doctrine statutes.

Citizens that are forced to use lethal force in defense of themselves or someone else have no obligation under the law to retreat if they are anywhere they have a legal, lawful right to be, particularly in their own home or place of business.The use of lethal force in defense of oneself is justified so long as it is done to stop an imminent threat of death or great bodily injury.The State of Arizona also justifies the use of lethal force to halt criminal trespass and other attempted or in progress forcible entry of an occupied dwelling.

All of Arizona’s laws concerning self-defense in the home, at a place of business or in any other place or a person has a legal, lawful right to be are entirely straightforward.

The only precept that citizens must be aware of is that any force utilized in self-defense, including lethal force, must be proportional to the threat.

This means that a person that may not use lethal force to stop and attack or action that may not result in death or great bodily injury to themselves or someone else.

However, the State of Arizona presumes that certain actions and various forcible felonies inherently entail the risk of death or great bodily injury to the would-be victim.

In such cases, the state presumes that the defender did indeed hold a reasonable belief of death or great bodily injury.

Similarly, the state presumes that criminal trespassing or any attempt to forcibly enter a home, domicile or other occupied structure entails the risk of death or great bodily injury, and citizens that may use lethal force in defense if required to halt such attempts.

As you might expect one may not use lethal force in defense of an occupied dwelling or any other place that a person happens to be if they are there illegally or are furthering the commission of a crime while being on the property.

Similarly, self-defense may not be claimed by those who join a combat by agreement or who being the initial aggressor in an encounter then escalated the level of force used.

Also, regardless of whether or not someone is inside their home, dwelling or any other occupied structure, lethal force may never be used in response to verbal threats, insults or provocations by themselves.

There is a lot to like about Arizona’s castle doctrine statutes. They are entirely clear and easy to interpret, and the state already has a long history with supporting precedent that supports a citizen’s rights to defend himself wherever they happen to be but most especially inside their own home or place of business.

As long as you are the one that is not engaged in any criminal activity or are the initial antagonists in an encounter you should not have much to worry about if forced to defend yourself in Arizona.

A. Except as provided in subsection B of this section, a person is justified in threatening or using physical force against another when and to the extent a reasonable person would believe that physical force is immediately necessary to protect himself against the other’s use or attempted use of unlawful physical force.

B. The threat or use of physical force against another is not justified:

1. In response to verbal provocation alone; or

2. To resist an arrest that the person knows or should know is being made by a peace officer or by a person acting in a peace officer’s presence and at his direction, whether the arrest is lawful or unlawful, unless the physical force used by the peace officer exceeds that allowed by law; or

3. If the person provoked the other’s use or attempted use of unlawful physical force, unless:

(b) The other nevertheless continues or attempts to use unlawful physical force against the person.

13-405. Justification; use of deadly physical force

A. A person is justified in threatening or using deadly physical force against another:

1. If such person would be justified in threatening or using physical force against the other under section 13-404, and

B. A person has no duty to retreat before threatening or using deadly physical force pursuant to this section if the person is in a place where the person may legally be and is not engaged in an unlawful act.

13-406. Justification; defense of a third person

13-407. Justification; use of physical force in defense of premises

A. A person or his agent in lawful possession or control of premises is justified in threatening to use deadly physical force or in threatening or using physical force against another when and to the extent that a reasonable person would believe it immediately necessary to prevent or terminate the commission or attempted commission of a criminal trespass by the other person in or upon the premises.

B. A person may use deadly physical force under subsection A only in the defense of himself or third persons as described in sections 13-405 and 13-406.

C. In this section, ” premises” means any real property and any structure, movable or immovable, permanent or temporary, adapted for both human residence and lodging whether occupied or not.

13-411. Justification; use of force in crime prevention; applicability

D. This section includes the use or threatened use of physical force or deadly physical force in a person’s home, residence, place of business, land the person owns or leases, conveyance of any kind, or any other place in this state where a person has a right to be.

A. Conduct which would otherwise constitute an offense is justified if a reasonable person would believe that he was compelled to engage in the proscribed conduct by the threat or use of immediate physical force against his person or the person of another which resulted or could result in serious physical injury which a reasonable person in the situation would not have resisted.

B. The defense provided by subsection A is unavailable if the person intentionally, knowingly or recklessly placed himself in a situation in which it was probable that he would be subjected to duress.

C. The defense provided by subsection A is unavailable for offenses involving homicide or serious physical injury.