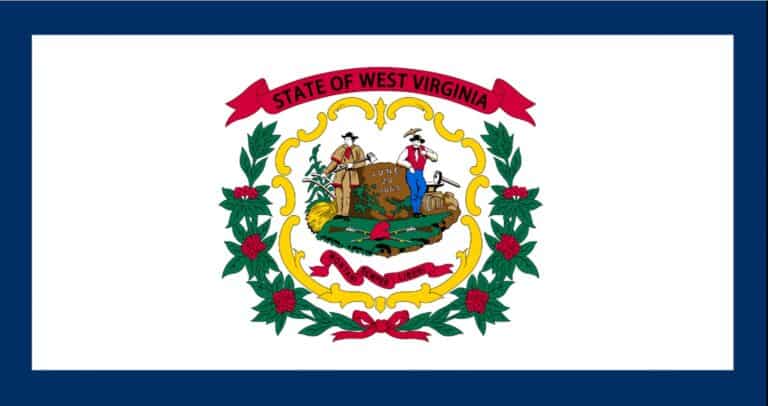 West Virginia is yet another state that has dependable self-defense laws on the books, including the functional equivalent of a castle doctrine laws.

However, compared to other states that we have covered in this series West Virginia does not have one or two specific sections that codify its castle doctrine.

Instead, West Virginia laws generally spread the concepts out through multiple sections, resulting in a sum total that achieves the desired ends.

Nonetheless, in the state of West Virginia citizens have the right to defend themselves and others inside their own homes using lethal force when required as long as they sincerely believe that the level of force they resorted to was required to stop an attack.

There is a lot more to learn regarding West Virginia’s castle doctor laws, and we will tell you all about it in this article. Make sure you keep reading after the end of the article so you can review the exact text of the state statutes for yourself.

West Virginia law justifies lethal force in self-defense when defending yourself against any attacker who’s attempting to inflict serious bodily injury upon or kill another occupant of your home or dwelling.In all cases, the defender must have a reasonable, realistic belief that they or someone else will suffer death or great bodily injury in the attack if they do not use lethal force to stop it.Lethal force may not necessarily be used to stop the commission or imminent commission of a felony that does not entail the risk of death or great bodily injury for the defender.Assuming that the use of deadly force is justified under the circumstances the defender has no obligation under the law to retreat or to attempt to retreat from their home, place of business, or occupied vehicle prior to using lethal force.

West Virginia’s castle doctrine laws, all together, are functionally identical for the most part to others found throughout the United States.

If a citizen is in their own home, place of business, occupied vehicle, or any other place they have a legal, lawful right to be, they may use lethal force in self-defense to stop the threat of death or great bodily injury from being inflicted upon them.

Additionally, West Virginia law further clarifies that when defending their home or any other occupied residence or dwelling, whether temporary or permanent, lethal force may also be used to prevent an assailant from entering the home if they believe that the assailant will commit a felony while inside the home, or in the same cases if an unlawful entry had already occurred.

Stated another way, lethal force in defense of the home may be used to stop the illegal and forcible entry of the home by the assailant, whether it had already occurred or was in the process of occurring.

As usual, you may not make a claim of self-defense in West Virginia if you were the initial aggressor in any encounter or if you by action provoked someone else to retaliate against you.

Also note that, as you should expect, you may not claim self-defense of a dwelling if you are in a place illegally or are engaged in any activities that are against the law or will further other criminal activities.

Additionally, it is worth pointing out that lethal force is not necessarily automatically justified outside the home if it is used to stop the commission or imminent commission of any felony or forceful felony.

West Virginia law predicates that any use of evil force outside the home itself defense, for any reason, must only be done and is only justified if the defender can articulate a reasonable fear of death or great bodily harm.

This is much akin to the reasonable person standard that we see codified in other states.

West Virginia is possessed of clear, no-nonsense castle doctrine laws that are the net product of language integrated throughout the statutes concerning self-defense.

If you are in your own home, and not otherwise engaged in any criminal activity, you have every right to defend yourself using lethal force if that level of force is required to halt an attack against someone in the home or someone trying to gain access to the home.

(b) A lawful occupant within a home or other place of residence does not have a duty to retreat from an intruder or attacker in the circumstances described in subsection (a) of this section.

(d) The justified use of reasonable and proportionate force under this section shall constitute a full and complete defense to any civil action brought by an intruder or attacker against a person using such force.

(e) The full and complete civil defense created by the provisions of this section is not available to a person who:

(1) Is attempting to commit, committing or escaping from the commission of a felony;

(2) Initially provokes the use of force against himself herself or another with the intent to use such force as an excuse to inflict bodily harm upon the assailant; or

(f) The provisions of this section do not apply to the creation of a hazardous or dangerous condition on or in any real or personal property designed to prevent criminal conduct or cause injury to a person engaging in criminal conduct.

(g) Nothing in this section shall authorize or justify a person to resist or obstruct a law-enforcement officer acting in the course of his or her duty.

Murder by poison, lying in wait, imprisonment, starving, or by any willful, deliberate and premeditated killing, or in the commission of, or attempt to commit, arson, kidnapping, sexual assault, robbery, burglary, breaking and entering, escape from lawful custody, or a felony offense of manufacturing or delivering a controlled substance as defined in article four, chapter sixty-a of this code, is murder of the first degree. All other murder is murder of the second degree.

In an indictment for murder and manslaughter, it shall not be necessary to set forth the manner in which, or the means by which, the death of the deceased was caused, but it shall be sufficient in every such indictment to charge that the defendant did feloniously, willfully, maliciously, deliberately and unlawfully slay, kill and murder the deceased.

Voluntary manslaughter shall be punished by a definite term of imprisonment in the penitentiary which is not less than three nor more than fifteen years. A person imprisoned pursuant to the provisions of this section is not eligible for parole prior to having served a minimum of three years of his or her sentence or the minimum period required by the provisions of section thirteen, article twelve, chapter sixty-two, whichever is greater.

Involuntary manslaughter is a misdemeanor and, any person convicted thereof shall be confined in jail not to exceed one year, or fined not to exceed $1,000, or both, in the discretion of the court.

(b) Assault. — Any person who unlawfully attempts to commit a violent injury to the person of another or unlawfully commits an act that places another in reasonable apprehension of immediately receiving a violent injury is guilty of a misdemeanor and, upon conviction thereof, shall be confined in jail for not more than six months or fined not more than $100, or both fined and confined.

(c) Battery. — Any person who unlawfully and intentionally makes physical contact of an insulting or provoking nature to the person of another or unlawfully and intentionally causes physical harm to another person is guilty of a misdemeanor and, upon conviction thereof, shall be confined in jail for not more than twelve months or fined not more than $500, or both fined and confined.