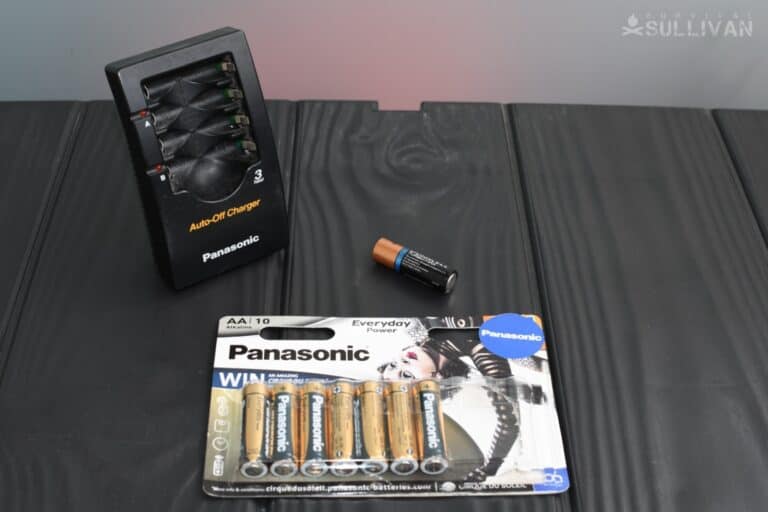 One of the scariest and most likely society-toppling events that could happen is a large-scale EMP event. A large enough EMP could potentially knock out all power grids and electronic devices across an entire country, plunging us back to the pre-industrial age and into a state of anarchy and chaos.

Most of us already know that EMPs can wreak havoc on electronic devices. But what about batteries? Do they stand a chance against an EMP?

Yes, most batteries are actually quite resistant to EMPs, surprisingly. So long as they are not connected to a power grid or dependent on a controller that uses a circuit board, batteries should function after an EMP.

It sounds hard to believe given what we know about EMPs, but it is true. I could not quite believe it myself.

At any rate, knowing that you can probably depend on batteries and some devices that use them after an EMP might well change your EMP preparedness paradigm. Keep reading and we will tell you more about this encouraging revelation.

What Is an EMP and What Does It Do?

To make sure everyone reading is up to speed it might be beneficial to review just what an EMP is. An EMP is an electromagnetic pulse.

It can be caused by a number of things such as lightning, a nuclear warhead detonation, an intense solar flare, or a manmade device that is designed for the purpose.

When a powerful enough pulse is released, it can disrupt and destroy electronic equipment and devices over a huge area by charging them with a massive electrical current, particularly any devices that are not properly shielded or rely on computer chips and circuit boards.

This is what has people so worried about the possibility of an EMP attack: The effects could potentially be catastrophic to a country that is so totally dependent on electronic equipment and devices at every layer and in every sector of society.

Such an attack could take down everything from the power grid to cell phones to computers and vehicles. It would be a genuine nightmare scenario, and untold devastation would follow.

Surprisingly enough, no, an EMP will not affect most batteries under most circumstances, even in the case of a hugely powerful nuclear-generated EMP.

Batteries store electrical energy in chemical form, and they release that energy through a conversion process that happens when an electrical circuit is completed.

This process is not dependent on computer chips or circuit boards, and as long as the battery itself is not physically destroyed (or connected to an electrical grid or vulnerable device) it should continue to work after an EMP.

Even in the case of a nuclear-generated EMP, which would be orders of magnitude more powerful than anything else, most batteries are inherently resistant to the effects of the pulse. This is because the casing or body of the cell acts as a miniature Faraday cage.

A term commonly referred to for EMP prep, a Faraday cage is an enclosure that has an electrically conductive outer layer that shields the interior entirely from electromagnetic fields.

This is the same simple, basic principle that is used to protect electronic equipment in scientific, industrial, and military applications, as well as people from fields generated in everyday things like microwave ovens.

In order for an EMP to affect a battery, the waves would have to be able to penetrate the casing or body of the cell, which is highly unlikely assuming the battery is of conventional design and undamaged.

Which Types of Batteries Will Survive an EMP?

Primary cells are “disposable,” those that are used once and then discarded, such as common AA or AAA alkaline batteries. These batteries do not have the ability to be recharged as a rule; once their electrolyte has been used up they are done.

Both types of batteries should be resistant to the effects of an EMP under most circumstances.

Are Any Electrolyte Formulations More or Less Vulnerable to EMP?

Batteries, both primary and secondary cells, come in a huge array of electrolyte formulations, each of which has different chemical properties and pros and cons depending on the application.

For example, some batteries use aqueous (water-based) electrolytes, while others use organic solvents.

Organic solvent-based electrolytes are generally more flammable than aqueous solutions, but they also tend to be higher performing in terms of electrical output. This is why most lithium-ion batteries use an organic solvent.

The most common aqueous electrolyte is sulfuric acid, which is used in lead-acid batteries

While there are some variations, the vast majority of batteries use either aqueous or organic solvents as their electrolytes.

Anecdotally, there have been reports of lead-acid batteries being destroyed by EMPs, but this is likely due to physical damage to the cells rather than any chemical reaction.

In general, all battery types and formulations should be resistant to the effects of an EMP under most circumstances.

Will Battery-Powered Devices Survive an EMP?

Just as important as the batteries, we need to know if the devices they power can be expected to survive an EMP as well. It would not do to have working batteries but busted devices when we need them!

The answer, unfortunately, is that it depends. For simple things like flashlights and radios, yes, they should survive so long as they are not connected to a power grid in some other way, and any components like antennas are disconnected since they might allow the pulse to enter the interior past its metal casing.

For more complex devices, however, it is more difficult to say. This is because the circuitry in electronic devices has gotten so small and compact that it is difficult to protect all of the components from an EMP.

In general, newer devices are more likely to be damaged by an EMP than older ones.

As with most things, there are exceptions to the guidelines above. Any secondary cell battery placed on a charger that is plugged into an outlet may well be damaged or destroyed when the EMP hits.

Similarly, any modern device with a built-in battery that relies on a computerized regulator or controller may also be damaged or destroyed by an EMP.

There are many other special case issues for things like backup and standby batteries, and devices that can run on an internal battery or external power which happen to be plugged in.

So, while it is generally safe to say that batteries and battery-powered devices will survive an EMP, there are some exceptions to be aware of.

As always, your mileage may vary, and you should take care to harden or shield any items you are relying on for EMP and disaster readiness.

For EMP Prep, Keep Batteries Uninstalled and Separate From Devices

Keeping batteries and the devices that use them intact and functional in the aftermath of an EMP is not too hard with some basic precautions.

As a rule, keep your batteries removed from their devices or tools, and keep both inside an EMP protective enclosure.

Choosing the right batteries also makes a difference: secondary cells are obviously attractive for ongoing use when paired with a charger, but you’ll have to take great care that the charger is not destroyed by the event.

Primary cells also last longer, usually, in storage but they too slowly self-discharge over time.

The best option may be to have a mix of both so you can take advantage of the benefits each type offers: primary cells when you need them right away, and you can get your secondary cells set up and recharged on your solar charging station for later on.