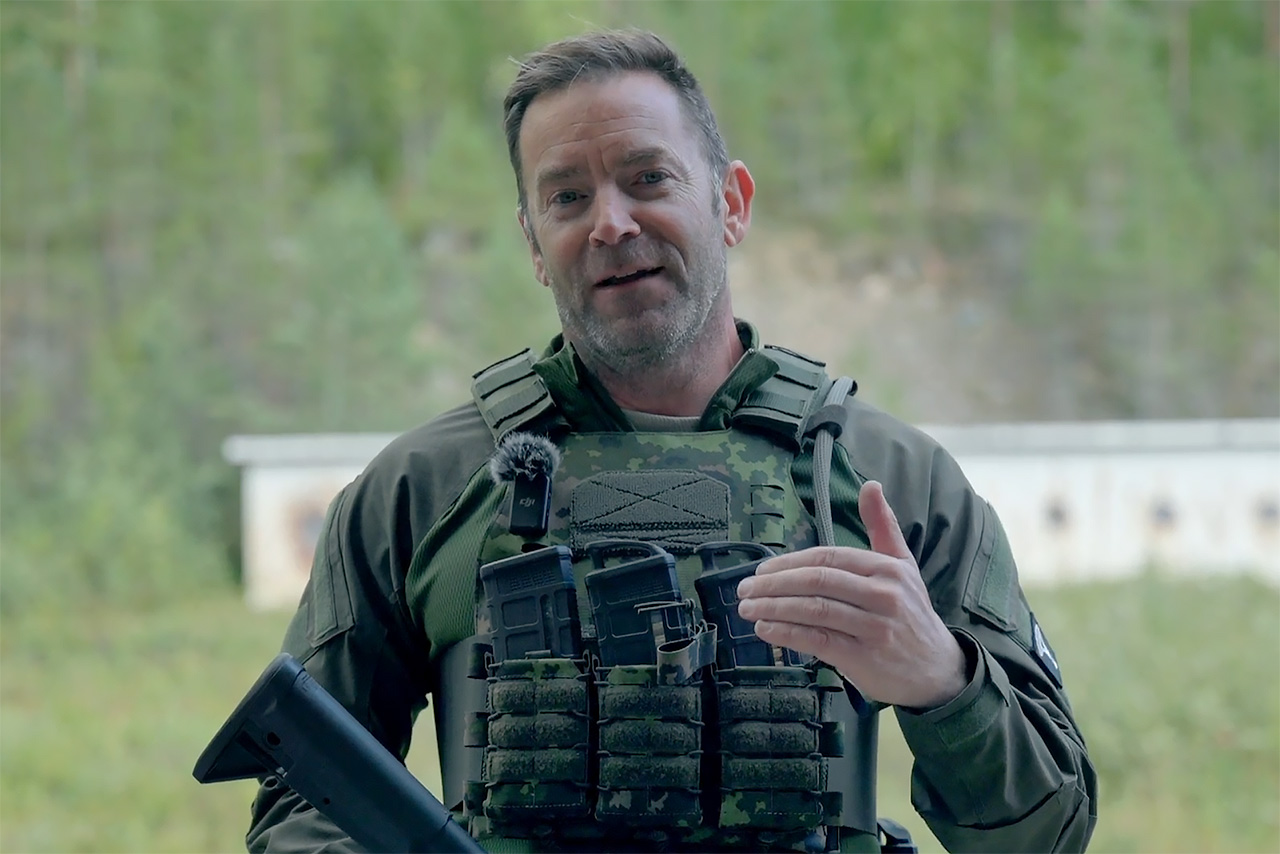 As Americans, it’s easy to assume that our interest in firearms training for emergency preparedness isn’t shared by people “across the pond.” Although it’s true that many countries in Europe place heavy restrictions or outright bans on practical firearm training, there are certainly exceptions. Finland is one such country — we’re pleased to see it has a thriving practical shooting sports community, and even encourages the use of carbines, camouflage, and military-style gear within SRA (sovellettu reserviläisammunta; applied reservists’ shooting) competitions. Varusteleka, a Finnish company that manufactures and sells military and outdoor gear, created its own twist on the SRA competition formula called Finnish Brutality. Iain Harrison, the Editor of our sister publication RECOIL, flew to Helsinki to participate in Finnish Brutality 2022.

After landing in Finland, Iain traveled to Varusteleka’s headquarters to pick up a full set of gear for the event. Some competition shooters might think this would only consist of a belt and some mag pouches, but the Finnish Brutality rules place much higher requirements on competitors. A member of Varusteleka staff explained, “We are putting you in the Armored division, and one of the requirements is that you have to have the equipment you would have during one day of combat.” This includes first-line gear such as a full loadout of ammunition, water, and medical gear such as an IFAK. It also includes a battle belt with a pistol, holster, gloves, and a Finnish puukko knife.

Above: A traditional fixed-blade knife, such as this one from Varusteleka, is one of the required tools for every competitor.

The minimum Armored division weight requirement is 12 kilograms, or about 26.5 pounds. Iain ended up loading his equipment onto a Särmä TST plate carrier and Rifle Mag Pouches in Finnish M05 camo, as well as a Särmä TST shooter’s belt.

The Finnish Brutality 2022 event consisted of stages that tested shooting precision, movement speed, physical strength, and coordination. In true Finnish form, there was even a stage that involved climbing out of a sauna tent before donning gear and shooting targets.

Carbine and pistol shooting skills were tested in a variety of positions, and the stages were challenging enough to justify the “Brutality” name. Check out Part 1 of our video series on Finish Brutality 2022 below, and keep an eye on RECOILtv for the following parts of this series.